Gym Insurance Adelaide: How To Handle The Crazies In Your Facility 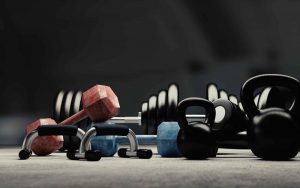 Every gym owner or manager in Adelaide may have experienced getting around irritating people inside the gym. Think about selfish, vain, inconsiderate or entitled people who seem to have the word “annoying” plastered on their forehead. Gym owners or even other patrons of the gym see them, too. The equipment abusers, dumbbells or kettlebells thief, poor hygiene, and anything that can easily earn the ire of other people. While novice gymgoers are forgivable, there are a whole lot of experienced but nonetheless crazies out there that will make one think of getting a gym insurance Adelaide policy twice over.
With social media and making things go viral online continually cast a threat to your gym’s reputation, it is essential to find a way around these irritating behaviors. The gym business is quite competitive and one post on Twitter or Facebook can easily turn into a ball of frustration. Here, let’s identify the common crazies in the gym that will make you think twice about the type of coverage you want for your insurance policy.