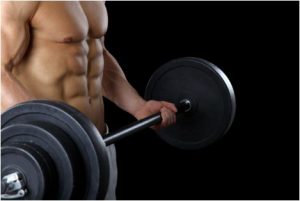 Do you know why you need to obtain coverage for bodybuilder instructor insurance online? Or that your fitness routine may prove to be life-threatening? Bodybuilding instructors are a unique lot. They do not only deliver results, they do so with aplomb. They challenge their wards, push them hard to a point, all to realize their goals. They look fearless with their muscles rippling all over their arms, abs, and legs. Well, they almost seem invincible in their Hulk-like stance. But like everyone else in the fitness community, everybody builder instructor out there has two sets of fear gnawing at their stomach obsolescence and catabolism.

The Growing Fear Of Catabolism

It’s a largely debated aspect in bodybuilding and every instructor worth his salt knows precisely why it’s causing a ruckus in the industry. This is also part of the reason to the sudden rise of bodybuilder instructor insurance in Australia. When not addressed accordingly, being in a catabolic state can often result to staggering muscle loss, suppression of human growth hormones, decrease in strength, and worse, disability. Catabolism is no stranger to bodybuilders. It’s actually part and parcel of the body’s ability to break muscle tissues thus, releasing needed energy for the body to sustain physical activities.
While lack of nutrition and unnecessary fasting had been pointed out as culprits, bodybuilding experts also pointed out to two main mistakes committed even by advanced trainers; poor or overtraining and inadequate recovery. These two extremes can deliver negative repercussions to the body allowing it to “stagnate” and eventually, face doom in the long run. This somehow gets to be negated by putting the body in an anabolic state while ensuring training efficiency and full recovery.

A State Of Mind

Another fear that continually puts body-building instructors into oblivion is the theory of obsolescence. The democratization of the fitness industry has brought a lot of changes in the various segment therein, including bodybuilding and conditioning. To those who are still bound to traditional techniques may very well find themselves in a state of obsolescence. New practices and bodybuilding programs are being designed. So, does the onslaught of state of the art equipment allowing more people to do home training. Add the growing dependence to the Internet allowing Livestream or video tutorials, and the competition just become wider and more cutthroat than before.